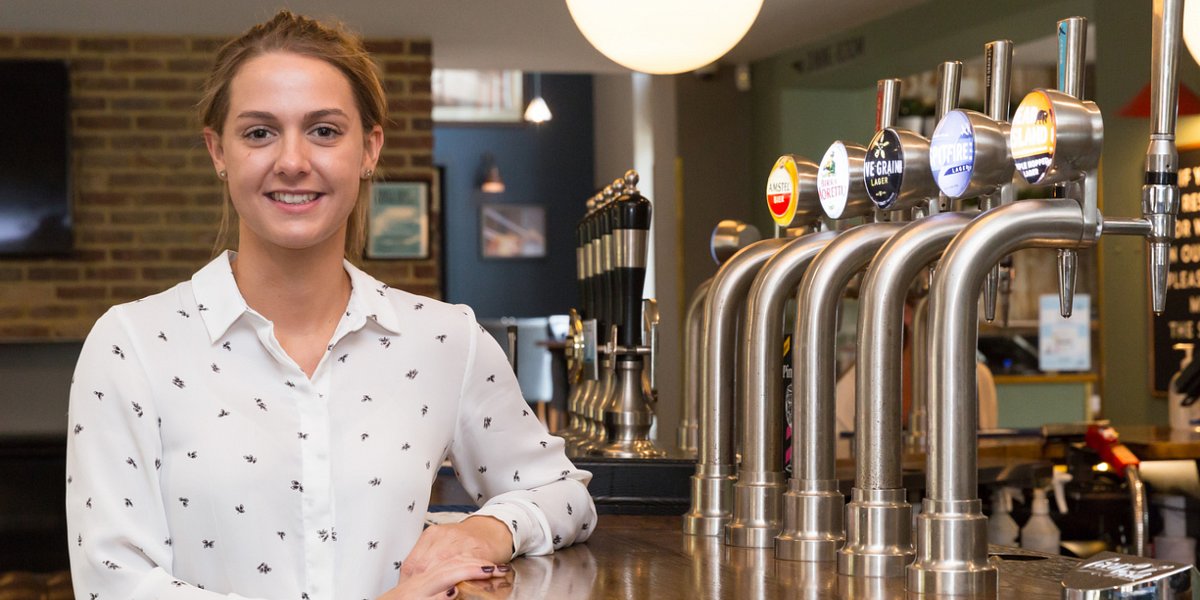 Awards were presented to chefs, staff, supervisors and managers from across the UK to honour their achievements during the past year.

Jodie Butcher (pictured above), assistant manager at Shepherd Neame pub The Spitfire in West Malling, won the award for Continuous Learning in Hospitality in recognition of her exceptional achievements while completing a Level 4 Hospitality Supervisor apprenticeship, which she passed with Distinction.

Butcher, 24, joined Shepherd Neame aged 18, working as bar staff at the Manor Farm Barn in Southfleet and The Boathouse in Yalding, where she was promoted to supervisor. She took a break to have her daughter, before returning to work at The Spitfire, where she is now assistant manager.

“I was really excited to be chosen for the apprenticeship programme," she says. "One day I hope to manage my own pub, so it was a great opportunity for me to gain the knowledge and skills to achieve that goal. It was a really enjoyable course, though it was hard work, particularly during lockdown when we had to move to online learning and I also had to juggle my studies with looking after my four-year-old daughter. That is why it means so much to have my efforts recognised with this award. I would like to thank the team at Shepherd Neame for all their support.”

The trio are among 25 team members who have completed Shepherd Neame’s apprenticeship programme for aspiring managers and chefs since it was launched in 2019.