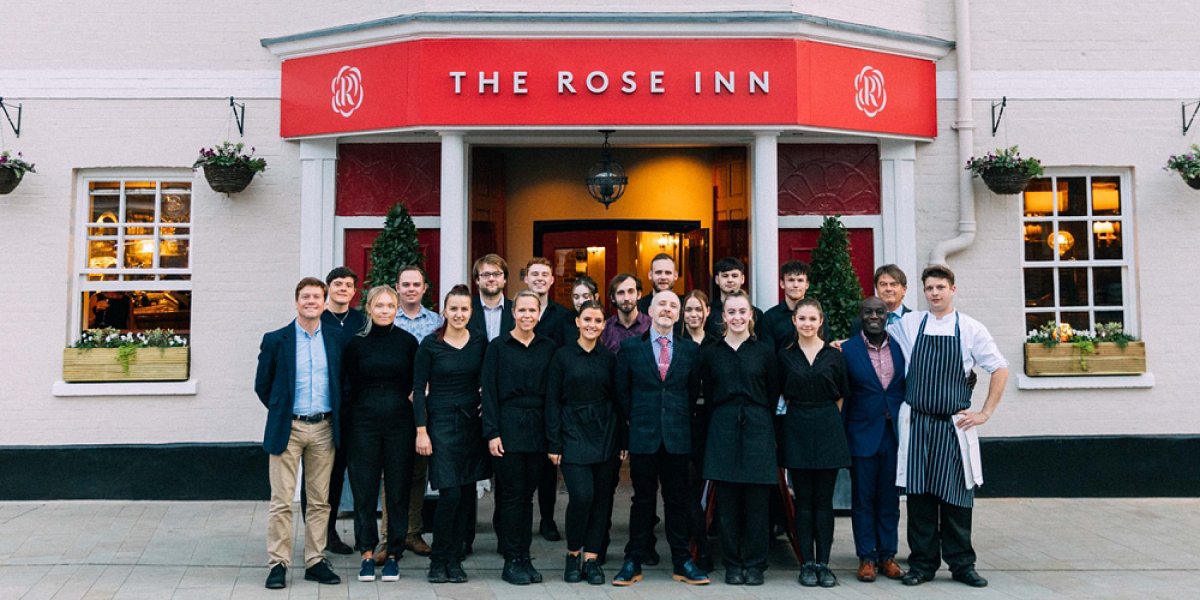 Oakman has reopened one of Wokingham’s Grade II-listed pubs, following a week of public training sessions.

The Oakman Group has reopened one of Wokingham’s notable Grade II-listed pubs, following a week of public training sessions.

The group, which acquired The Rose Inn in 2019, has reopened the 19th century venue following a £2.1m restoration and redesign.

With some parts of the original site dating back to the 16th century, the building and courtyard were once part of Wokingham’s historic Burgage Plot. The pub opening will provide 30 new jobs in the market town.

The Rose Inn is the group’s 36th opening and eighth since March 2020.

“We are very proud of what we’ve created in Wokingham’s town centre and encouraged by the feedback we’ve received so far," says Dermot King, Oakman Group’s CEO. "General manager Will Upton and his team are looking forward to serving great food and drinks and to The Rose playing its part in the community once again.

“We could not have achieved this without the support of our investors. Since fully reopening in July 2021, the business has delivered sales growth of 36% versus the same period in 2019 compared with an average of 5% among similar businesses. Our strategy of investing in destination sites and large covered spaces and an indigenous supply chain has certainly helped to produce impressive performances and attract the new investment. This is an exciting time for Oakman. We have started work on our site in Buckingham which will open next spring and a further 10 sites in our pipeline could all be trading by the end of 2023. These will be part-funded by an innovative scheme that will allow customers to support us while earning tax-free income from a business-backed ISA.”