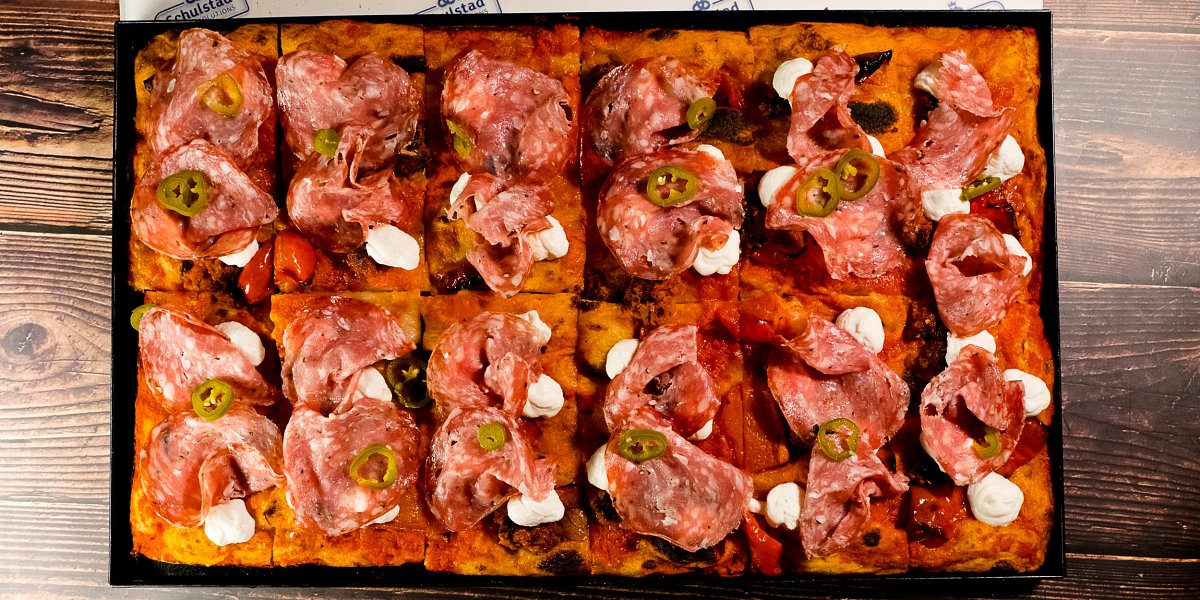 A new pizza place in Peckham has served up the winning recipe at this year’s National Pizza Awards.

A new pizza place in Peckham has served up the winning recipe at this year’s National Pizza Awards.

The pizza, which was cooked by chef Francesco Canzani during the final, saw off competition from 14 other pizzas from across the country. The Dondini dough, made up of Tipo 2 Buratto, stoneground spelt and emmer flour, is cold-proofed for 24 hours, shaped and then cold-proofed for a further 24 hours with Mike’s tomato sauce on.

“Francesco has worked so hard to make a dough as special as it is,” says Mike Davies, co-owner of Mike’s Peckham and sister site The Camberwell Arms. “It’s a little bit different from the other kinds of pizzas that were in the final, so it’s nice to have that kind of representation.

“Roman-style pizza – especially pizza Italia, which is the kind of pizza that we make – is really not an old tradition; it’s probably about 40 years old. Neapolitan pizza has obviously been made for a lot longer than that. The thing about Roman as a tradition is that there are less rules, so it means that we can be a bit more flexible with toppings. You’ll find things that you wouldn’t necessarily find on a more classic pizza. I love all kinds of pizza to be honest, but I’m quite excited by the idea of something a bit less traditional getting the credit it deserves.”

The National Pizza Awards also crowned a Pizza Chef of the Year, which went to Laurence Tottingham of Revolution Bars Group, after he created a stunning Technical Pizza from ingredients supplied by the event’s sponsors.