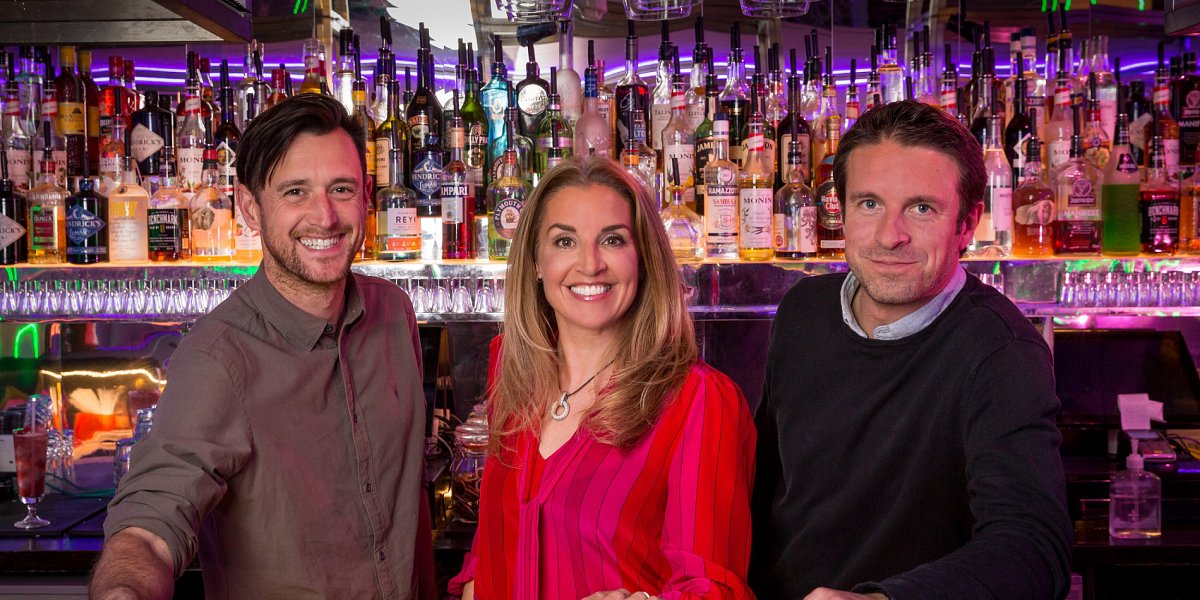 Nightcap has 24 premises under offer or in legal negotiations, as it prepares to open its next two sites.

Nightcap, the owner of The Cocktail Club, the Adventure Bar Group and Barrio Familia, has revealed it has 24 premises under offer or in legal negotiations, as it prepares to open its next two sites.

The Sarah Willingham-led group will open The Cocktail Club in Exeter in April, as well as a new Tonight Josephine bar in Cardiff, which also launches that month.

“I am delighted that we continue to execute on our growth strategy with the latest signing in Exeter for The Cocktail Club brand - the fourth opening and third outside of London since Nightcap acquired The Cocktail Club just over a year ago," says Willingham (pictured above with the Adventure Bar Group founders). "Our plans to significantly increase our footprint in the West Country are progressing well and we expect to be able to announce the signing of at least a further two additional sites in this part of the country in the coming weeks. This is the second of many planned openings across our brands scheduled for this calendar year as we look to significantly increase the size of the estate."

Nightcap currently operates 27 sites under its three brands. Following its purchase of The Cocktail Club in early 2021, it acquired Adventure Bar Group in May 2021, followed by Barrio Familia in November 2021.

NWTC to open The Botanist in Barnsley