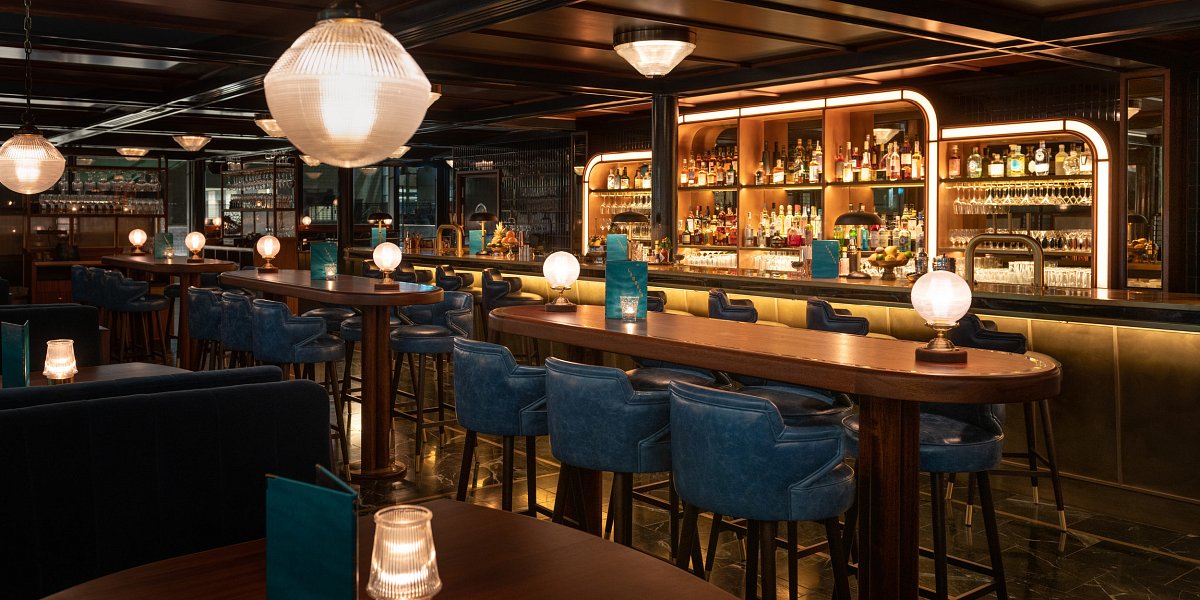 The Lowback launched its full menu and cocktail programme last month, featuring 'ultimate martinis', bottled champagne cocktails and a selection of Hawksmoor classics, all of which are available alongside a selection of light bites and dishes from the restaurant brand.

Set on an eco-friendly floating pavilion docked in a new neighbourhood in Canary Wharf; the bar marks the group’s first major bar opening since the launch of its Spitalfields venue over 11 years ago and follows the opening of Hawksmoor Wood Wharf in November 2021.

Cocktail highlights include the Ultimate Gin Martini, the Fuller Fat Old Fashioned and a selection of champagne cocktails that include Le Crunch 75.

The food menu features some dishes from recently opened Hawksmoor New York, including the Reuben-inspired Salt Beef Nuggets, Bone Marrow Oysters and the Big Matt Burger, which once made it through the UK's National Burger Awards finals.