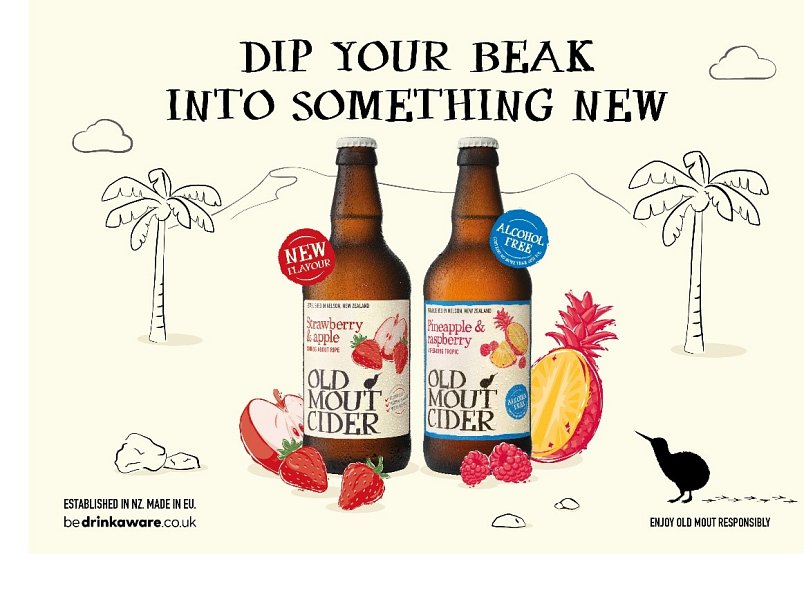 HEINEKEN UK is re-energising the on-trade's fruit cider offering with the launch of two new Old Mout flavours. This gives pubs and bars even more chance to tap into high consumer demand for refreshing ciders this spring and summer.

“Some 33% of all cider serves are ordered by Generation Y drinkers, who are also some of the most adventurous drinkers in Britain’s on-trade. Old Mout’s newest launches present a clear opportunity for our customers to tap into this highly engaged customer base, who seek exciting new flavours from trusted brands when drinking in pubs and bars,” Rachel Holms, Cider Marketing Director said.

Available in the UK on-trade from March, Old Mout Strawberry & Apple, and Old Mout Alcohol Free Pineapple & Raspberry, will launch in single 500ml bottles. The new launch will be supported by a multi-million-pound media campaign that will run across TV and social channels to promote the launch.

Pub and bar operators can stock up on new Old Mout flavours by going to https://direct.heineken.co.uk/huk/en/OldMout