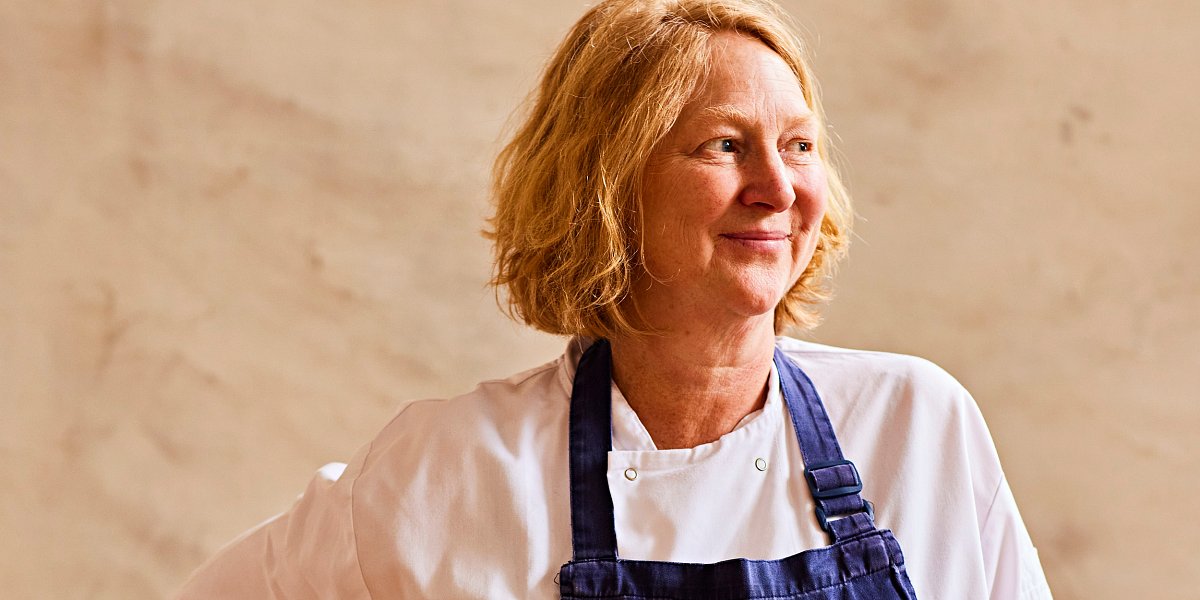 Margot Henderson OBE is set to open her very first pub later this year, with the revered chef and restaurateur taking over The Three Horseshoes in Somerset.

Found in the countryside village of Batcombe, set between a medieval church and village hall, the 17th century inn has been completely restored, including its five bedrooms. Once open in November, the food on offer will be made from produce from local farmers.

The Dining room, with its beamed ceiling, open fires and simple tables and chairs will be the backdrop to Henderson's robust British cooking. The menu will feature dishes like devilled crab and focaccia; green bean, roast shallot and anchovy; or Wetscoombe ricotta nudi with sage and butter. Mains will list chicken and tarragon pie; grilled brill, fennel, chard and green sauce; and lemon sole and gribiche.

Originally from New Zealand, Henderson is one of Britain’s most respected and acclaimed chefs. After training in her home country, she moved to London and started working at The French House in Soho, where she met her husband Fergus Henderson, founder of St John. She later opened Rochelle Canteen with Melanie Arnold on Arnold Circus in Shoreditch, and has since published her first book You’re All Invited.