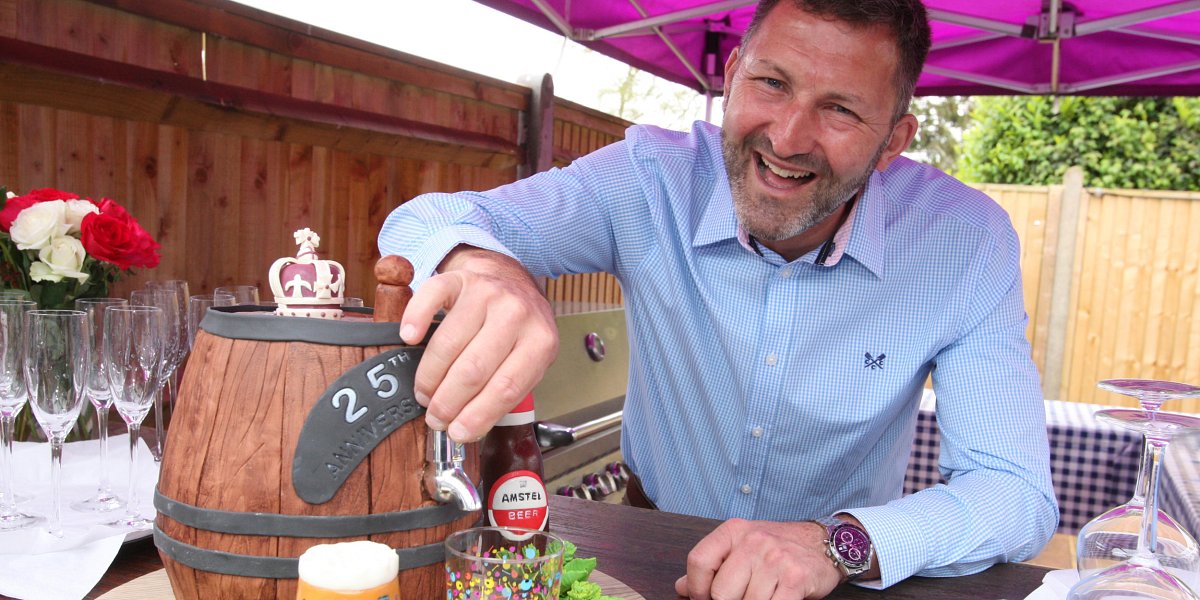 Phil Shoubridge is celebrating 25 years as landlord of The Crown at Turners Hill this month.

Phil Shoubridge is celebrating 25 years as landlord of The Crown at Turners Hill this month, receiving a long service award from Star Pubs & Bars in recognition of the contribution he has made to the community.

To mark the occasion, he invited 150 regulars, former bar staff and local friends to a celebratory party, with a barbecue and live entertainment to say thank you for their support.

While Shoubridge has worked for 25 years as landlord, his connection with the pub goes back over 40 years to when he worked at the pub as a teenager. His mother was a chef at the venue.

“I used to get off the school bus and help mum in the kitchen and was a barman at the pub for three years when I turned 18," he says. "It was pure coincidence years later when the lease for the pub came up. I leapt at the chance to take it on as I knew it was a lovely pub with potential in a great area and would be a good place to bring up children. And so it proved! I’m still serving customers today who have been coming here for 60 years and remember me working behind the bar as a youngster. Most of the teenagers in the area have worked for me while I have been here – it’s a right of passage to work at The Crown.”

The pub, which dates back to the 1500s and has been a pub since 1706, now has a cricket team and until 10 years ago had the oldest football team in the Sussex league.

“Congratulations to Phil on his 25 years at The Crown and 35 years in the pub industry," says Star Pubs & Bars area manager Ron Barnes. "He is a great publican and has continued the tradition of The Crown being a launching pad for many young people venturing into the world of work.

“It’s a real tribute to Phil’s great hospitality, passion and commitment that The Crown is so popular. So thank you for your hard work over the years and here’s to an enjoyable few years ahead still at the helm.”

Licensees toast 43 years behind the bar