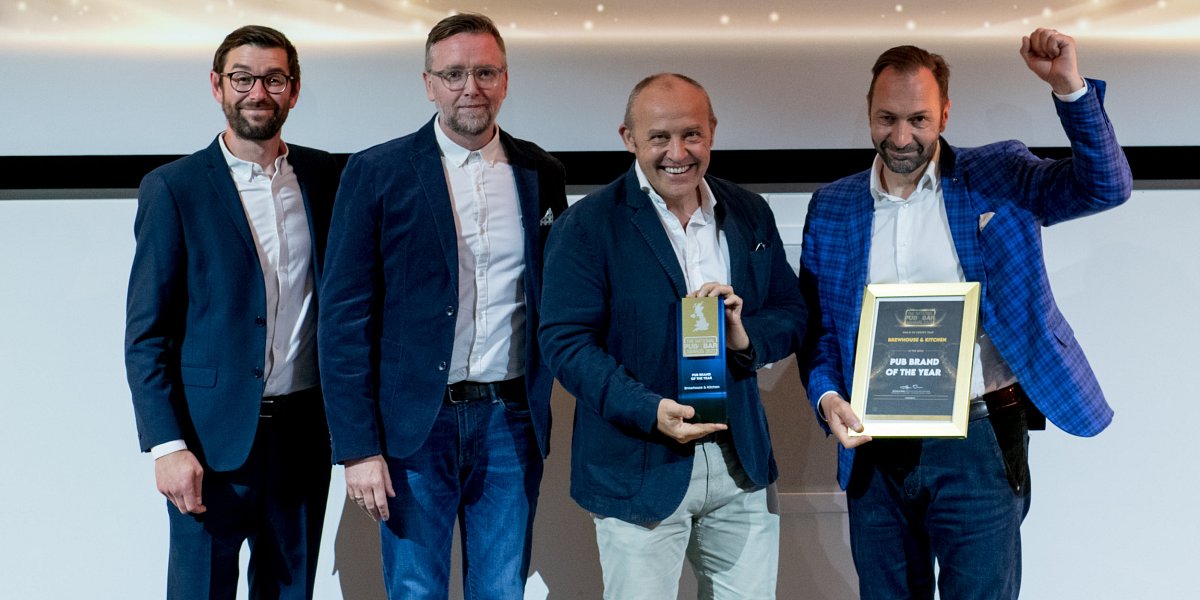 Brewhouse & Kitchen and Revolution have been named Brands of the Year.

Brewhouse & Kitchen and Revolution have been named Brands of the Year, after the two businesses triumphed at the final of the 2022 National Pub & Bar Awards.

Revolution was named Bar Brand of the Year, after seeing off stiff compeition from two other finalists in Be At One and Loungers.

Pub Brand of the Year was scooped by the impressive Brewhouse & Kitchen operation, after the beer-led business made it to the final alongside Hungry Horse and JD Wetherspoon. CEO Kris Gumbrell and managing director Simon Bunn took to the stage to receive the award from Tristan O'Hana, editor of Pub & Bar, and Adrian Devlin, head of on-trade sales at KBE Drinks (pictured).

The brand accolades were a part of the 2022 National Pub & Bar Awards, which brought together 94 pubs and bars from across the UK, each one having been awarded the title for being the best in their county. From these, 15 Regional Winners were announced, before The Frogmill in Shipton Oliffe was crowned the National Winner.

Yorkshire and the Humber – The Punch Bowl, Marton-cum-Grafton, North Yorkshire

Unilever Pub Chef of the Year – Andy Link, The Riverside at Aymestrey

Bartender of the Year – Harry Featherstone, The Red Lion, Cranford

Bar Brand of the Year – Revolution