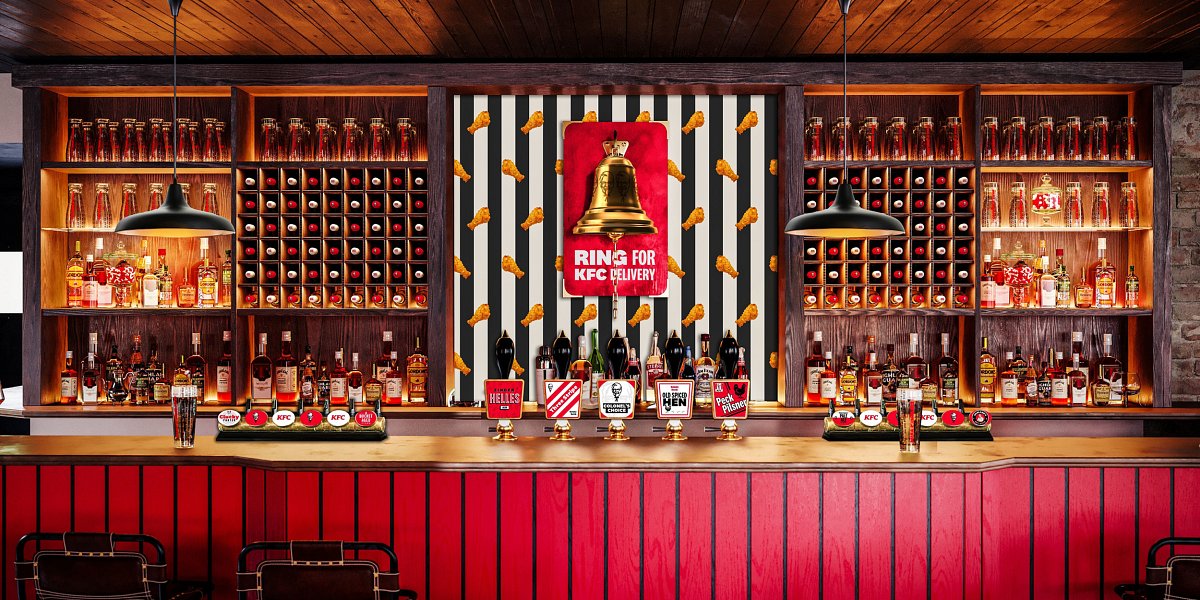 KFC is opening its first pub project this month.

Takeaway brand KFC is opening its first pub project this month, taking over a site on Fulham Palace Road in London.

The Colonel’s Arms will be a traditional British pub reimagined by KFC and is the only pub where guests can get KFC delivered straight to a table.

It will be open between 25 November and 1 December.

Looking to capitalise on some of the FIFA World Cup matches, visitors will be able to ring a bell for KFC Delivery, sample some 'Colonel-approved' beer and take advantage of a free gravy offer.

Colonel Harland Sanders opened the first KFC restaurant in Utah in 1952. Since then, over 900 restaurants have opened across the UK and Ireland.

The KFC pub project is led by freuds and delivered by Proud Robinson + Partners.